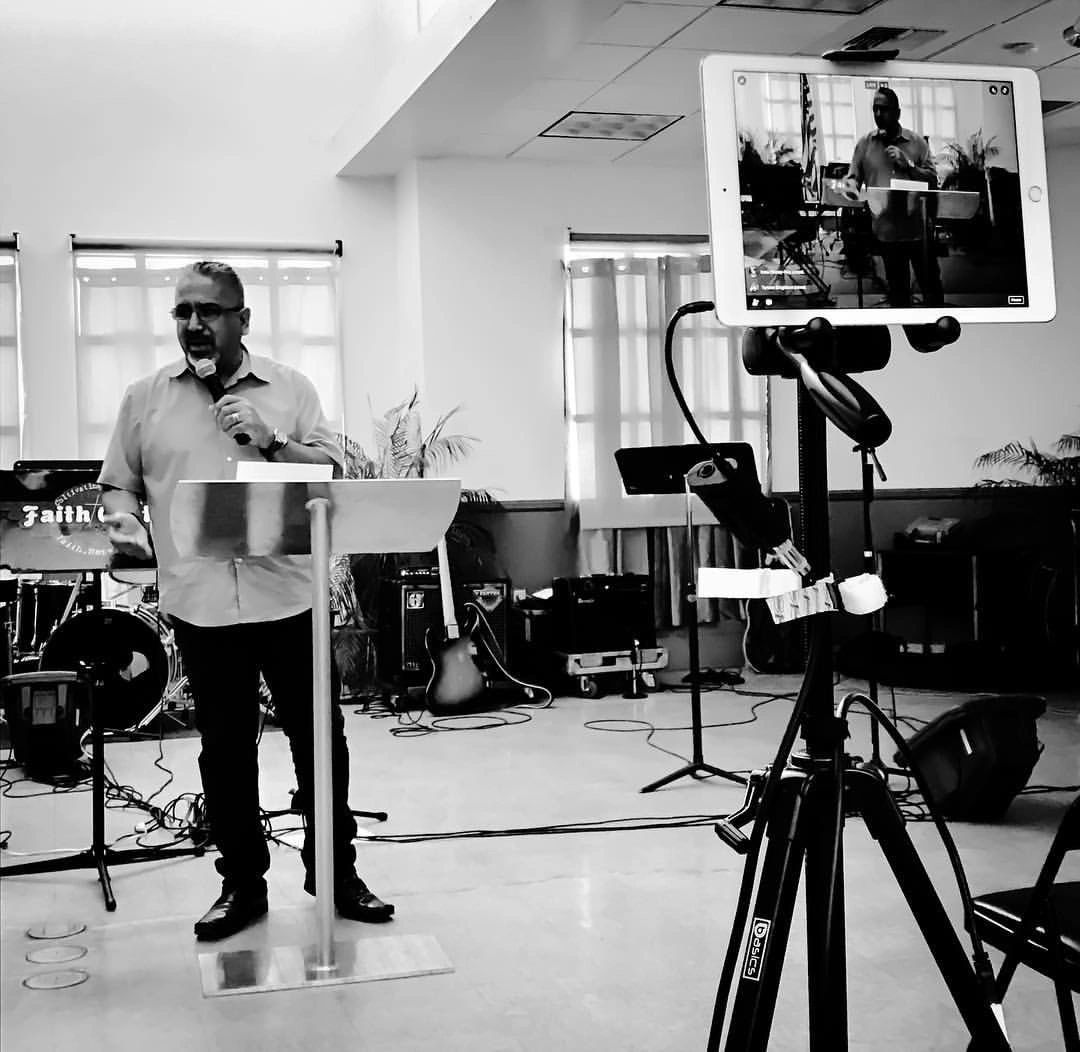 The Table Of The Lord

Jesus welcomes all to the table!

FOR SCHOOLS, CITIES, PARK & RECREATION AND FOR PROGRAM DEVELOPMENT.

Check out video from pass events

Find out more about sound with a purpose

Los Angeles County YDD program seeks to ensure that all youth in Los Angeles County can connect with a YDD service provider that address their needs reducing youth arrests and equitably improving outcomes for youth and communities.

We will provide an individualized CARE PLAN in lieu of arrest with the goal of equitably reducing young people's involvement with the justice system.

MORE FROM THE LOS ANGELES COUNTY ON YDD PROGRAM. and

Youth Diversion and Development (YDD) was established within the Office of Diversion and Reentry. This division is focused on advancing youth development infrastructure in Los Angeles County and implementing an evidence-informed model of pre-booking youth diversion that empowers community-based organizations as the providers of individualized care coordination in lieu of arrest with the goal of equitably reducing young people's involvement with the justice system.

According to Los Angeles Police Department reports, gang-related homicides were down more than 20 percent last year. But gangs were still the cause of the majority of killings in Los Angeles.

There are an estimated 450 active gangs with more than 45,000 gang members. Some of the most vulnerable potential gang members are children. Giving youth the support they need before they get into a gang is a joint effort being made by our police, our communities, and our schools.

“The way I see it now, gangs are a waste of your time. You’re asking either to die or to try to live the life of a risk taker," said 17-year-old Matthew Herrera walking with Rudy Trujillo through an alley that has been a war zone between two rival gangs for years.

Matthew walks up to a massive wall that shows signs of being painted and re-painted many times.

“This was the first wall I actually tagged," he said.

Matthew was on his way to continuing a three-generation cycle of men in his family being in a gang until Trujillo, a case manager for Communities in Schools, came into his life.

“Rudy showed me how to make changes in my life now that would change my future. I have goals now,” said Matthew.

Matthew's only goal used to be to avoid getting into fights with gang classmates. Today, he gives his classmates hugs after being transferred into a neutral charter school.

“Right now, everything is just a big opportunity for me. And now I can get out of my old self and start building a new me so I can become something in the future,” he said.

Communities in Schools is the largest dropout prevention organization in the country. Twenty years ago, the Los Angeles chapter partnered with the LAPD Valley Bureau to create the San Fernando Valley Coalition On Gangs.

"A lot of these kids are facing the challenge of joining gangs within the schools," said Trujillo. "We begin to mentor them, we begin to help them, and make sure they're focusing on their education, getting the counseling and mentoring they need to stay out of trouble, and doing well in our schools."

In his former school, Matthew was constantly being asked where he was from, which really meant ‘which gang are you with?’  He was forced to affiliate himself with San Fernando or Pacoima, and one of the two rival gangs in each community. When he refused to do so, he was jumped.

At one point he was spending more time in the principal’s office than in the classroom because he was fighting so much. Now he is picking up books instead of being picked on by gang members. He went from a 1.2 GPA to a 3.5.

To learn more about the impact we can make through integrating systems and comprehensive services - contact Pastor Rudy, as a consultant speaker,  presenter for conferences on the local, state and federal level.

Pastor Rudy began working with youth in the San Francisco's Mission District in the summer of 1980 which led to the developing and understanding of the power of a spiritual intervention and it's power to transform, restore, reclaim and rebuilt fallen humanity, while in San Francisco and conducting outreaches into the neighborhoods, projects and the Streets of San Francisco we realized that in some cases we needed to take a more holistic approach for a greater outcome.

Pastor Rudy experience in addressing this issue of gang involvement began to broaden in understanding after coming on staff with Communities In Schools (now known as Chapions In Service) under the direction of Bobby Arias MSW, MPA beginning with the LA Bridges Program while working with at risk youth attending Maclay Middle School.  In 2007 Pastor Rudy was brought on board at the inception of the City Los Angeles GRYD Program provided through the Mayor Office which addresses gang violence in a comprehensive and coordinated way throughout the City.

CIS is led by Bobby Arias & William Blinky Rodriguez a dynamic duo which I have had the privilege to work with as a case manger, data & media specialist and currently YDD Director.

Through the understanding of the gang culture. and the practice of early prevention and intervention we have witnessed first hand a greater outcome in our community. Pastor Rudy has said that "this experience over the last 12 years with the GRYD while working with Charter Schools, Probation within the LAUSD along with working with MSW Interns candidates has really shaped the philosophy of the need to be faith-base driven while connecting community resources and services for transformational impact on families".       Watch Bobby Arias on Reentry video.

Pastor Rudy has also worked with the " LAPD SAY NO" providing sound and volenteering with  Officer Michael Scott for over 10 years in the "Say No" fun filled school events that engages kids while learning about the dangers of drugs, joining a gangs, crime and bullying.       Watch the Say No video captured by pastor Rudy

Pastor Rudy is the Lead Pastor of  FAITH CENTER  is a Commissioner and Chair's the Transportation & Safety Commission in the City of San Fernando, a faith based Speaker both local and International,  a Presenter for events and conferences.  Since 1980 pastor Rudy carries the experience of MC for community engagement with over 10 years experience of working the stage on a 24 hour basis as entertainment Chair for Relay for Life San Fernando (American Cancer Society Event).  He has provided sound and audio recording for Congressmen & Local City Leaders and Businesses as well as community events.

TO BOOK FOR CHURCH OUTREACH OR CONFERENCE

MEDIA FOR OUTREACHES AND EVENTS

Pastor Rudy & Annette have been married for almost 40 years with one son and daughter in-law who he considers hid own with 4 grandchildren.

Pastor Rudy experienced a life transforming experience with Christ after having experienced the lure of drugs, breaking & entering homes taking first drugs and alcohol, stealing cars, joy riding and being shot at as a 14 year old for attempting to steal car stereos.

At the age of 16 after the trauma of finding his father deceased  in bed knowing that he  rejected his father while under the continous influence of drugs and alcohol, dropping out of school at 17  and being shot by a known gang at 21.

Pastor Rudy knows the pain of confusion, darkness and the brokenness heart & soul with no direction in life and yet knows what it means to reclaim in Christ meaning, purpose and direction in life.

Rudy is the lead pastor of  FAITH CENTER   a Commissioner and Chair's the Transportation & Safety Commission in the City of San Fernando, a faith based Speaker both local and International,  a Presenter for events and conferences.  Since 1980 pastor Rudy carries the experience of MC for community engagement with over 10 years experience of working the stage on a 24 hour basis as entertainment Chair for Relay for Life San Fernando (American Cancer Society Event).  He has provided sound and audio recording for Congressmen & Local City Leaders and Businesses as well as community events.

BOOK FOR CHURCH CONFERENCE OR OUTREACH

TO BOOK FOR CHURCH OUTREACH OR CONFERENCE

Gifts and the Calling of God are Irrevocable. PASTOR RUDY

“For the gifts and the calling of God are irrevocable. For just as you were at one time disobedient to God but now have received mercy because of their disobedience, so they too have now been disobedient in order that by the mercy shown to you they also may now receive mercy.”

Message on The SPIRIT OF CAIN

The Spirit of Cain is a spirit Violence & Murder

The Spirit of Cain - Spirit of Murder & Violence is rooted in Evil, Wickedness, Jealously and Envy.

Cain killed because he was of the evil one and because his works were evil.

This spirit is rampage in our communitites and needs to be broken in Jesus name!

Hebrews 11:4. By faith Abel offered unto God a more excellent sacrifice than Cain, by which he obtained witness that he was righteous, God testifying of his gifts: and by it he being dead yet speaketh.

Jude 1:11 KJV “Woe unto them! for they have gone in the way of Cain, and ran greedily after the error of Balaam for reward, and perished in the gainsaying of Core.”

A MESSEY CALL - A GRACEFUL ENDING!

When God calls you and sends you it can get messy, but also know that God's grace and favor comes with that call.

Better yet, see us in person!

SUNDAY SERVICES  at Las Palmas Parks at 10:00 am come and visit, we welcome you and your family to join us!

Help us make a difference by DONATING HERE

Monday - Friday: 9am - 5pm By appointment to meet with staff